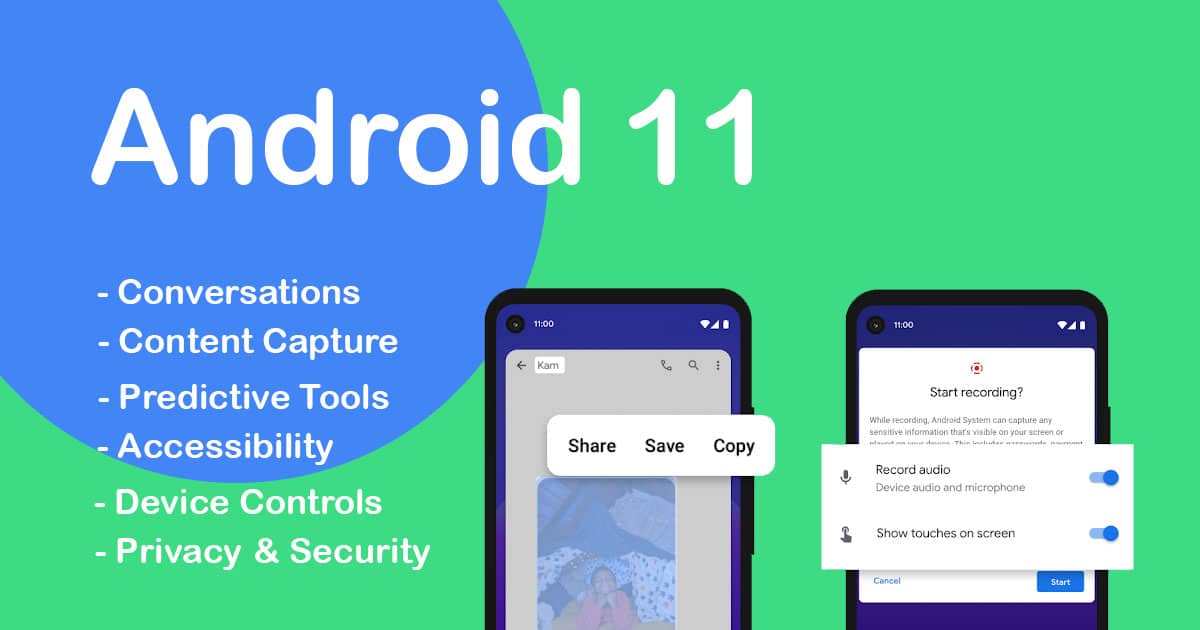 With each release of a new Android, a new feature as well as activity change is seen in the updates which are more helpful, more secure, and with improved performance. In many cases, your applications are exactly the way you want them but in other cases, one might need to make some changes. As we all know, the Android 10 (2019) update was the biggest shift to the operating system. Not only the ‘Dark Mode’ introduced but also there were some important changes made in-app permissions.

Android 10 was a pill of growth and maturity for the operating system and still, some principles remain the same in Android 11. The core user boundary and design remain the same as well, but some small tweaks and features will help to refine the platform. Android 11 update is available on selected smartphone brands like Pixel, Oppo, Xiaomi, OnePlus, and more. If you have a phone from Samsung, Motorola, or any other company, you’ll have to wait for few months to update Android 11.

“Android 11– People-centric and expressive, with a new controls space and more privacy features. Extend your apps with conversation notifications and bubbles, try one-time permissions, surface devices, and media in the controls”

You might notice some difference when you first update it up. So to clear up those “Update” doubts, below you’ll find some new features which help it to make the latest version of the operating system at its best.

Android 11 was built up with a ton of new capabilities and elements. Its focus on the 3 themes which are, Firstly, People-centric- which means to methods to communicate, Second, Controls- helps to quickly reach and control their smartphone, And third, Privacy- to give users a way to share their data on other devices. So, let’s know about them in detail.

Android 11 will start rolling out on the selected smartphone brands. These are some of the new upcoming features in Android 11. Sooner or later, one would upgrade to Android 11!