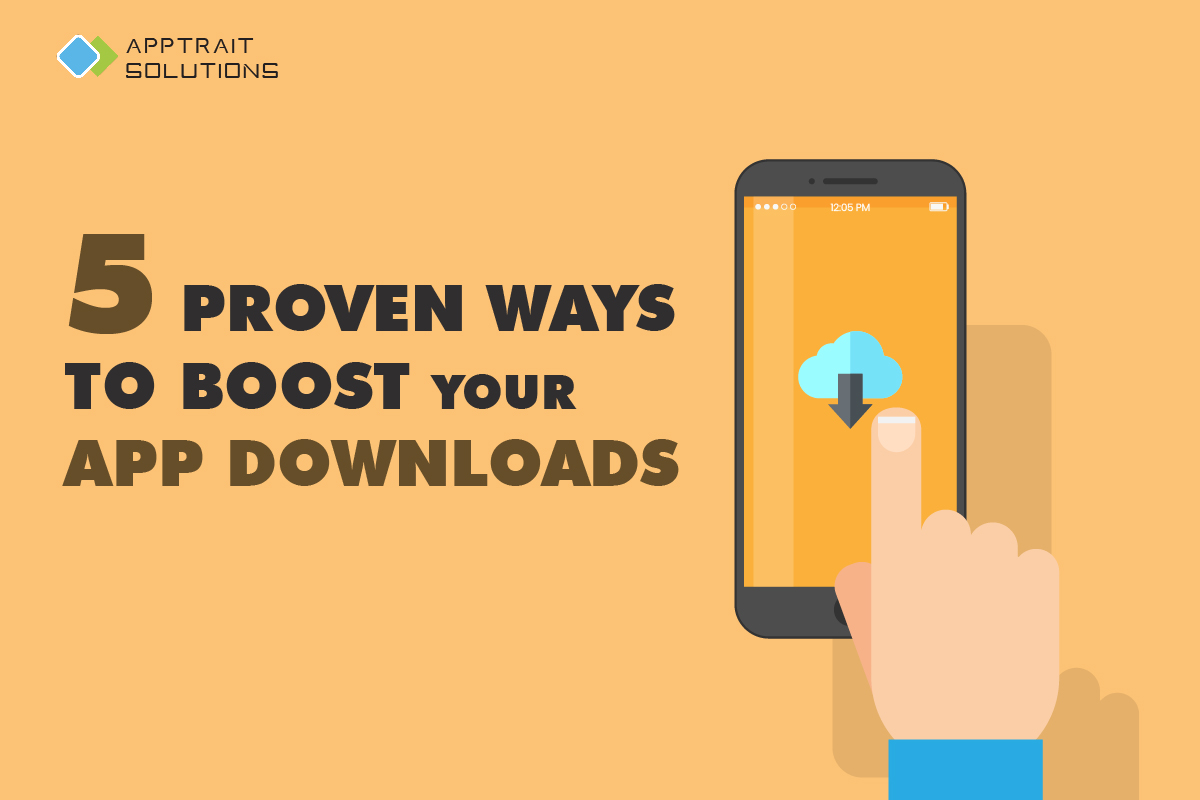 After days of endless efforts, tests, trails and debugs you have your app live on play store. The icon seems good, the idea is fascinating, and everything linked with the app is perfect. But still, you aren’t happy!

Irrespective of all the plus you see in your app, there is one huge flaw that does not promote success. And that is?

Your app is not generating the expected number of downloads and there is something you definitely need to mend or reshape in order to enhance the rate of app acceptance followed by its usage.

Given the fact that there are thousands of apps flooded in the play store, there is a tough competition for existence and survival. According to Statista report, in 2019 numbers of an android app on play store 2.1 million & in apple store 1.8 million apps available. Whereas, another report said that an average American downloads a maximum of three apps in a month.  Metaphorically, this is like adding a glass of water in a river just to leverage its level of water.

Hence, to aid greater app downloads you need to focus on your marketing strategies, make some changes and then target specific users. To give a detailed idea on the ways to enhance app downloads. we have outlined five different tactics you could incorporate to leverage app promotion.

ASO or App Store Optimization are techniques that help you improve your app ranking in the play store. Where the basic idea of ASO is the profound usage of keywords, metadata, descriptions, reviews, and ratings, going a bit more technical you would uncover how are the keywords placed in different app categories. Performing an A/B testing helps developers analyze which keyword works best for an app. For instance, yoga is a generic keyword and fetch thousands of apps however, focusing on power yoga would leverage chances of your app being popped at the top.

The Right Name followed by an efficient description

It is important that your app is proficient enough is announcing itself and it’s services to the users. In order to attain this, you should name you all right and also describe it in a sleek manner. After reading the description of your app, users must get a clear picture of what the app is exactly all about and how can they be benefitted. Try being a little innovative but stick to the actual functionality. Also, draft the description keeping in mind the ASO techniques. The more the merrier!!

Mouth-of-word is one of the most successful ways to promote apps. Appearing on the first page isn’t enough as that does not guarantee download. It just improves the appearance and hence to ensure that your app visitors convert to users, you need to encourage user reviews. Having positive reviews on your app page builds virtual trust and users are more likely to prefer highly rated apps. Market your app and engage in user rating options

Appearances are most effective when a user has to make a choice.  It’s like the first impression is the last. As users move up and, down to find the apt app for the desired service, the app with an attractive icon is most probably the one to be downloaded. Ensure that your app icon voices the feature and the core of the app idea. This help users connect with an app and end up downloading the same

One of the most effective ways to promote an app is through social media. Social Media Marketing is the platform where you can find millions of users, pitching messages and targeting them to a specific user group would eventually fetch positive results. However, before you do this, you have to be sure that you are doing it on the right platform and dedicating to the right set of users. For instance, dating apps are primarily focused on the youth and so you need to market it accordingly. Adjust the tone of your message as required by the service provider by an app. A business app promoted with a friendly and exaggerative tone would do more harm than good.

This is not the end of the list but the most promising ones. Driving traffic to your app is the most difficult aspect of the process of mobile app development. It is important to focus on the idea behind the app and then target the same to the appropriate users. True that this is a bit rough, but by the incorporation of right strategies, you would peacefully pass on this journey too.

We AppTrait Solutions, Best Mobile App Development Company. We help you to increase your app downloads with our Top SEO & Digital Marketing Service.