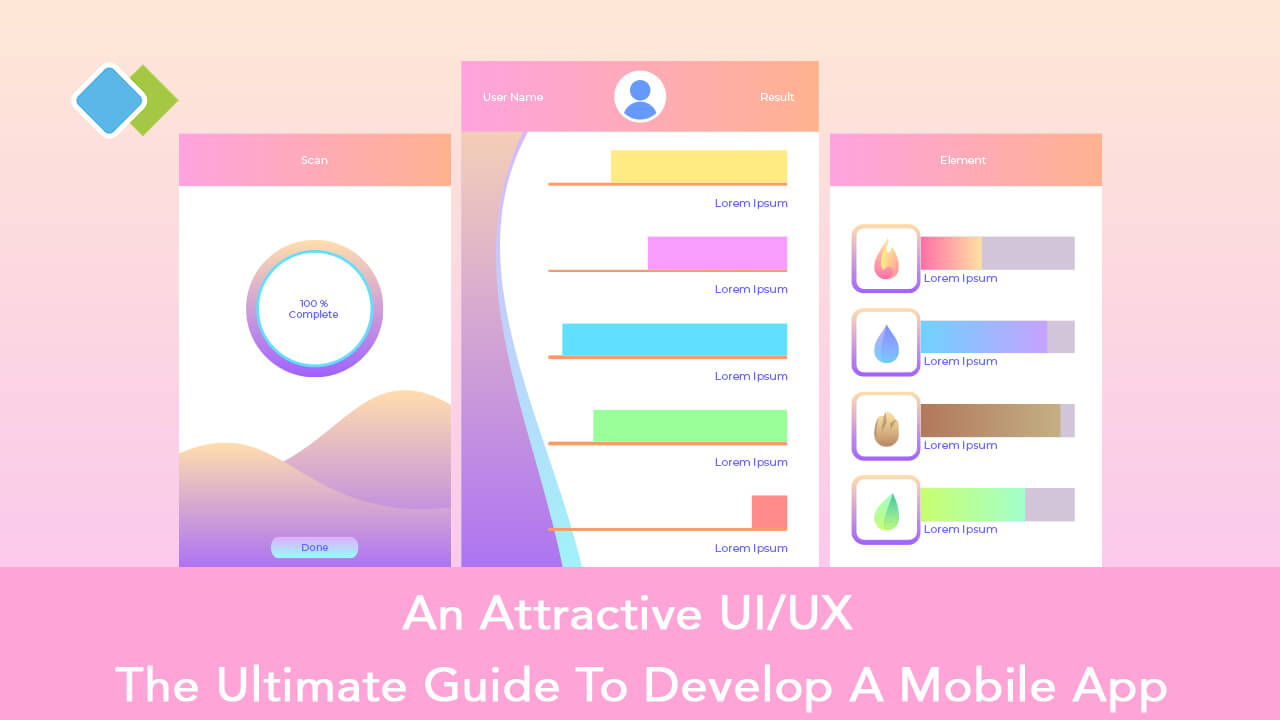 On average, people in the US spend 5 hours away exploring their smartphones.

A plenitude of apps such as the chatting apps, entertainment apps or the on-demand service apps embraces the digital world. However, there exists a subtle line that differs all the apps out in the market.

What Is UI UX DESIGN? How Does It Work? 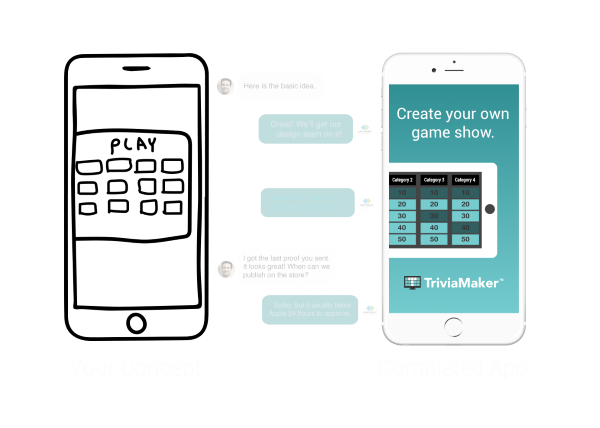 Besides the services rendered, the appearance and the interface that an app provides to customers determine the success potential of the same. True that mobile app designers try to induce the best possible design that not just attract a user base but also seek customer retention. It is, therefore, crucial to keep in mind the user perspective while designing and further developing an app. If the developed app reflects a negative notion, it is bound to suffer a decline in user traffic.

Having said that, we present some of the essentials a mobile app designer just adhere to while designing an app.

What separates a good app from a bad one is its user interface. Users are prone to work on an app that has a greater quality of user experience. From loading time to app view, convenience to accuracy, mobile users expect all from an app. Nonetheless, if an app fails to rank high on any grounds, users tend to shift to another app. So, if you are on the verge of building a mobile app, it is imperative to be aware of a few specs to be incorporated while designing the app.

While designing any mobile app, you should keep the interface as simple as possible. Masses irrespective of cognitive knowledge use smartphones these days and incorporating complex moves might prevent the illiterates from using the same. Not only this, but an app that seeks extensive power to process information has the maximum probability of user uninstalling the app. The mobile user seeks convenience and ease, the more friendly interface of the app is, the more chances it has to flair across the globe.

The more information you dump on the app, the higher is it’s complexity. As said, the first impression is the last and so the first 10-15 seconds a user spends on an app determines it’s longevity. Having said this, it is the sole duty of mobile app designer rather the app designer to build the same as interactive as possible. If your app is successful in engaging the user in the first crucial minutes, then you have won the battle. There must occur a sequential data flow and user need not scratch head to know what to do next. Images could work wonders and icons take a clear stride.

Its good to build a creative app but inducing too much reduces the credibility of the app. True that innovation and unique designs help stand out an app in the competitive market and leverages the success rate of an app. However, while designing the app, you should be very specific about the variations you are about to induce in your app. Going extremely high and incorporating extraordinary features might do more bad than good. Users find it comfortable to stick to specific templates and in case you alter all, you should be quite careful. Do not try to change the basic elements as it might induce confusion.

Who loves to type on the small 4-6” screen. Nobody right? Adding unnecessary information is a difficult task. Your app must not seek unwanted data. While filling forms, you can induce the option of field masking and enable users to focus on data and reduces the possibility of errors. Incorporate the features of geolocating to auto-fill forms. Use the feature of dynamic validation to save time by rendering data once submitted. Keyboard customization helps the user be data specific. Display numeric keyboard when asked for a mobile number and an @ to enter the email address.

Users love to predict and when their prediction turn reality, they gain interest in the app. Design elements of your app that are predominantly interactive and can be effectively assumed by the user. The mobile interface is not as convenient as web apps and so you design must communicate with the needs of the user. Appearance and meaning of any tool must map with each other. In case a visual element that reflects the shape of a button but has not linked data tends to confuse the app and they might be satisfied with the same. So try bleeding interaction in all possible ways.

One of the most important aspect mobile app designers never ignore is what does the user expects from the app. Always know the person or group of individuals you aim to target. Keep in mind the perspective of all and not just you. Think as if you are the user and what would be your expectations while using such an app. Know who the end user is, what do they expect and how would they respond to such an app. A gaming app has different spec as compared to on-demand apps. You can try surveying users about the same and use the knowledge to design better an app. Try avoiding usage of complex terms and the ones that users might not be aware of.

Several apps mandate users to fill forms as part of a survey or partly a contact form. Though the same might provide you with some useful information, it might, on the other hand, increase the probability of users leaving the page too early. Submitting multiple forms propensity users to get distracted and quit using the app. Inducing forms is a good idea but restrict the same to a minimal form. Only the necessary information must be enquired in the forms so that the same appears convenient.

Do not mess your app with different templates or various colors. Let the same flow in a specific direction. Keep the font style and background throughout the app same. A similar view enhances user experience to a considerable extent. One of the most crucial elements of any app is consistency. It deters any possibility of confusion building up in the minds of users. Whether it’s about the virtual interface as buttons, typefaces or labels, the functional consistency as elements being interactive across the app and the external as remaining same across all products. Try keeping the web design and the app interface same and own similar features. Also, never replicate elements of UI from different platforms. Induce native elements for a better view. Additionally, abide by the rules of the platforms to provide optimal quality app design.

An effective back button

A user might make mistake and hence necessitate the need to flow data to and fro. An efficient back button is needed to induce the hassle-free movement of the user. Design your app in such a way that enables users to go immediately at the previous page and does not mess up the same by multiple page display ending to the home page. The ease with which users can go back to recheck a data entered help them proceed blissfully.

Humans will make mistakes and notifying them about the same is the most efficient way to improve the user experience. It could either be an app failure or an error on the part of a user. No matter what the reason is, errors must always be handled effectively. Unwanted error messages along with improper handling of errors compel users to leave the app easily. You cannot assume that users are sound technically and would know all by themselves. Try prompting error messages as and when needed. What went wrong and how can one fix the same should be initiated to the user.

One of the most common reasons for user abandoning an app is an unwanted sign in. Users might not be interested in staying at the app for long and avoid signing. Do not mandate this and let a user choose the time to do so. Apps that don’t own a brand recognition are avoided by users and they might not fill the registry process. Only if the same is largely required, pop the option of sign in. Deter the registration process as far as feasible as if your app has extensive features, users themselves are bound to stay connected for a longer time.

So, now you might have an idea about the things you should keep in mind before designing an app. An excellent design pledges to provide a high-quality interface and along with an excellent user experience. And better experience users have on an app increases the user traffic thereby leveraging revenue generated by the company. Hence, an exceptional user interface not only aids seamless and hassle-free usage experience by the user but alternatively help the app development companies strike better economic return.

How To Develop Dating App - How Much Does it Cost?